MFM Lagos Region 12, Festac Town has been active in the propagation of the gospel for about two decades in festac and it environs.

To propagate the gospel of our Lord Jesus Christ all over the world To promote the revival of Apostolic signs, wonders and miracles

The Scriptures are the inspired Word of God; the only basis for our faith and fellowship The One True God, ETERNAL EXISTENT in three Persons. God The Father, God The Son and The Holy Spirit

To turn the joy of our enemies to sorrow. That is why we would always have a Deliverance Ministry wherever we are. If you do not believe in deliverance, you are not supposed to be in MFM

MFM Lagos Region 12, Festac Town has been active in the propagation of the gospel for about two decades in Festac and it environs.
We have also been active in the area of Corporate Social Responsibility (CSR) Partaking in various welfare schemes to support institutionalised welfare organisations and spiritual / financial support to government establishment. The present attendant structure is represented by a regional headquarters, three(3) zonal branches and two(2) primary branches.

MFM Lagos Region 12, Festac Town became a bona fide branch in 2007 under the au species of the Ojo branch of the church. It attained the status of a region in …… The growth and sources of this region under different regional overseers resuscitated the synthesis of its structure and administration into other regions at different (varied) times
They include up to date:

YOUTH CHURCH
The youth church which occupies our new land presently is doing great things. The preceding year 2016, we were able to support her to create an annex branch in Ajah Victoria Island and work has since commenced to give them a befitting place of worship there. The Youth Church is being pastored by Pastor Abiola Yinka Daniel. Below are pictorial representations of the new site in Ajah Victoria Island.

OFFICERS AT THE REGIONAL HEADQUARTERS

Mountain of Fire and Miracles Ministries (MFM) Lagos Region 12, Festac Town became a region on the 9th of April, 2007. It started with thirteen branches and by the year 2009 had increase to thirty branches. In line with reorganization, the region was split into two which brought the emergence of MFM Lagos Region, 22 Apapa. By December, 2011 the region was split again to create MFM Lagos Region 48, Orile Iganmu. In year 2013, Festac produced Lagos Region 75, Satellite Town. The Region has pursued the 4M agenda as enunciated by the General Overseer of the Mountain Of Fire And Miracles Ministries (Dr. D.K. Olukoya).

Our 8 branches include Regional Headquarters, two Substantive and three acting Zonal Headquarters, with three Branches which are being redeveloped in tandem. The Regional Headquarters was remodeled into an ultra-modern auditorium in 2014 and it was commissioned on the 10th of August same year by our father in Lord, Dr. D.K Olukoya. This standard is being maintained. The Land purchased by the Region is in partial use by the Youth church while plans are underway for a comprehensive development. The land has since been expanded from the original 1.3 acres to now 2.5 acres Other rebranding issues include: • Environmental sanitation and cleanliness • Adherence to good security and safety measures Improvements in messages, praise and worship sessions etc.

Absolute holiness within and without as the greatest spiritual insecticide and a pre-requisite for Heaven is taught openly. MFM is a do-it-yourself Gospel ministry where your hands are trained to wage war and your fingers to do battle.

At MFM, aggressive prayer is considered as an aid to spiritual focus and a check against being overwhelmed by the flesh. At MFM Prayer City, prayer goes on 24 hours a day, 7 days a week, non-stop.

Soon after completing his Ph.D. in the United Kingdom, and while working at the Nigerian Institute of Medical Research, Dr. Daniel Kolawole Olukoya (DKO) summoned a prayer meeting. This was on a Wednesday in 1989. 24 brethren showed up at the meeting. The venue of that meeting was in the living room of DKO. 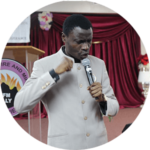 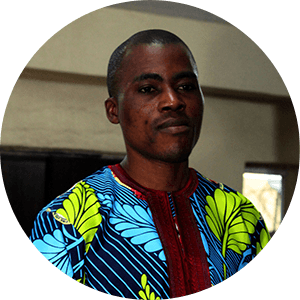 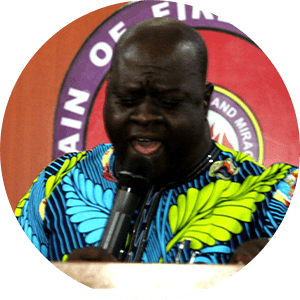 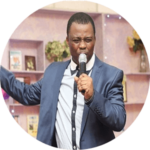 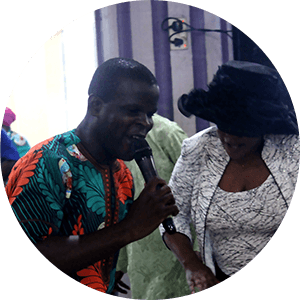