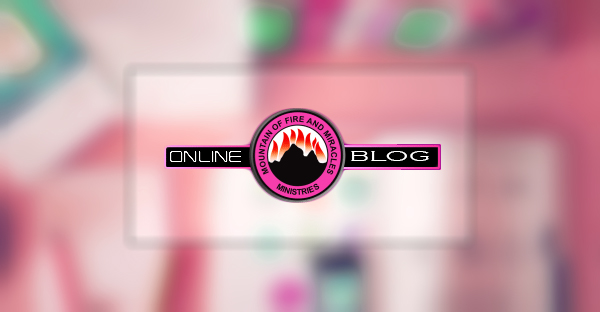 Our attention has been drawn to an on-line story titled: SCANDAL! General Overseer, Mountain of Fire And Miracles Ministries, In Big Mess in US published under the thread: https://Ik.phx.ninja/Nkup dated July 19, 2020. We would ordinarily have ignored this misguided and vicious attack on the person of our General Overseer but for the need to appropriately inform the discerning public and expose the malicious falsehood in this unmerited attack against one of God’s Generals.

To begin with, what the publisher of this falsehood is attempting to portray as recent events are actually the feeble defence of some renegade pastors presented in 2017 to a Court Case commenced in 2017 at the Circuit Court for Prince George’s County of Maryland, USA by Mountain of Fire & Miracles Ministries against Pastors Lawrence Adetunji, Ronke Adetunji, eleven former members of Mountain of Fire and Miracles Ministries, Bowie, Maryland USA and Christ The Truth Ministry to recover possession of property and monies belonging to MFM international which those renegade Pastors and the eleven (11) conniving members had sought to snatch upon breaking out from the MFM Fold to form a Christ the Truth Ministries.

It is pertinent to note the following:

1. That the Circuit Court for Prince George’s County of Maryland delivered judgment in that case in 2019 in which it:

a. disbelieved the lies of the Defendants, and

b. granted MFM’s claims in their entirety

2. That the false publication of those very same stories by Sahara Reporters in 2017 has earned it two suits for Libel – one in the United States of America and the other here in in the High Court of Akwa Ibom State, Uyo, Nigeria.

3. Also, that a similar publication by ThisDay newspaper of the same false stories citing Sahara Reporters as its source, as has been done in this present instance, has also earned the publishers of that newspaper a civil suit to recover N500bn as aggravated damages for libel. The matter is currently at trial stage in the High Court of Rivers State, Port Harcourt.

In essence, the publishers of this present falsehood have not only opened themselves to a suit in Libel but have, by commenting on a matter which has been judicially determined by a court of competent jurisdiction in the United States of America, and aspects of which are still sub-judice in live Libel suits before a court in the US and two courts in Nigeria, committed the offence of contempt of each of those courts.

It is definitely in very bad taste and a crass breach of all known journalistic ethics for a publisher to pull up falsehoods which were uttered in 2017 and judicially determined as false in 2019 and republish them in July 2020 as a fresh story. The malice behind such action is very clear and palpable and will be redressed in due course.

Get all latest content delivered a few times a month.